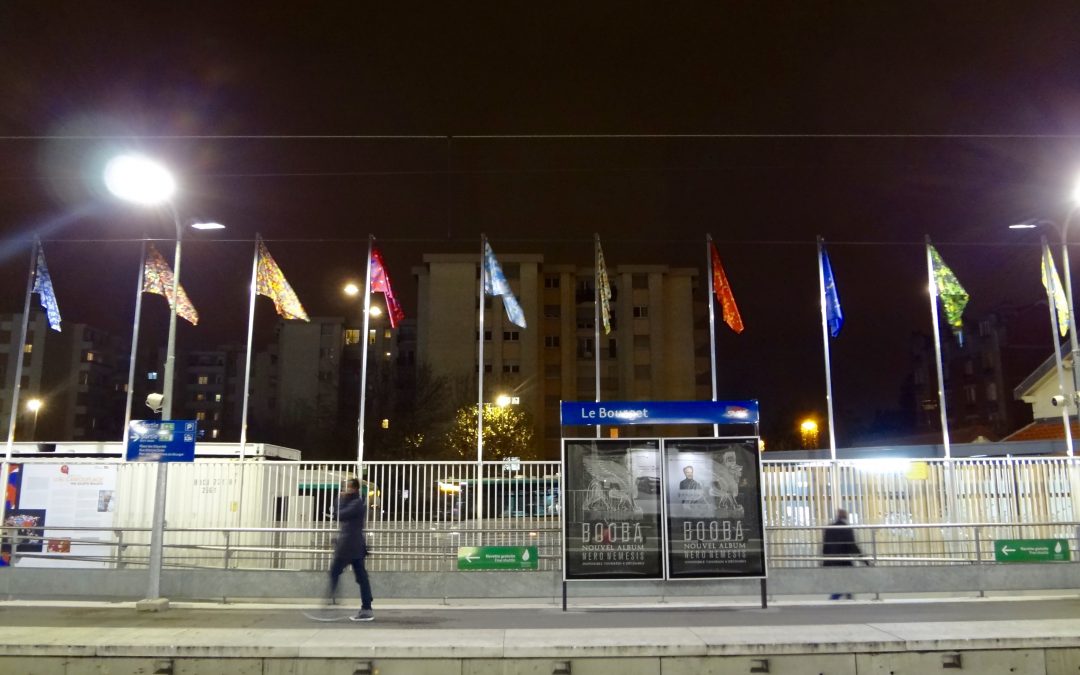 During the concluding hours of COP 21 negotiations, a panel of notable Arctic voices gathered to discuss their varied understandings of security in their region.

Consensus emerged on one central point: public knowledge of the Arctic is severely lacking. Few citizens within the eight Arctic nations can identify the existence of the Arctic Council, according to an EKOS poll earlier this year. As the Arctic undergoes dramatic climatic changes and becomes increasingly subject to the gaze of outside interests, correcting this knowledge-gap is critical. 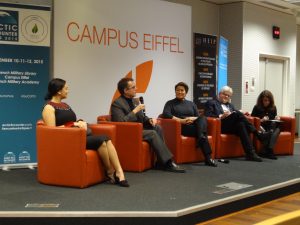 Among the panelists were scholars from the U.S., Denmark and Iceland, the former Prime Minister of Greenland who is now a Member of the Danish Parliament, and the president of the National Youth Inuit Council of Canada.

Complexities of the Arctic are often lost on journalists and their audiences, panelists agreed. While many media would like to tell sensationalist stories of a far-away land of melting ice and starving polar bears, or as a zero-sum game of an aggressive Russia overstepping its geopolitical boundaries, the reality is a tightly knit web of social, economic, political and cultural dimensions. Above all, as the two indigenous panelists pointed out, it is a region of people with a long history of Arctic sovereignty.

When it comes to security, the issues revolve around the contemporary paradox binding the Arctic; at once climate change is dramatically changing its landscape while also opening up trade routes and resources. All this within the span of a generation.

Youth leader Maatalii Okalik remarked that the scramble for Arctic sovereignty completely ignores the original sovereign people of the Arctic, the Inuit and Saami. Eloquently identifying the challenge of living in a continuation of colonialism, she addressed the perpetuation of racism in the Inuit experience with the government of Canada.

Narrow media coverage often misunderstands the deep history and real challenges facing the Arctic. Danish MP Aleqa Hammond identified the difference between media reported from the “inside versus the outside,” with local media far more reflective of the human reality.

A few of the media’s favourite Arctic myths the panelists debunked were:

“What happens to the Arctic doesn’t stay in the Arctic,” is a common expression for this region. It alludes to the major climate implications for the rest of the world as the sea ice and permafrost continue to melt, as well as the various political and economic interests this creates.

As far as global climate security, one writer for an environmental news wire commented in question period that substantive matters of climate mitigation and adaptation were absent from the debate. Indeed, the Arctic conversation seems to move from climate realities to strategy and resource development very quickly.

The Danish scholar Rasmus Gjedssø Bertelsen pointed out that many nations are not asserting themselves because of a genuine interest in the Arctic, it has much more to do with geography and transport routes, access to which states will likely sort out in due time.

While think tanks, university-associated and otherwise, can be a positive contribution, Parlow noted that knowledge-creation requires resources. Research is driven by interests and leads to lobbying, resulting in the reassertion of power differentials.

As Maatalik expressed, very few people are addressing the needs of the indigenous peoples of the Arctic nor are they interested in long-term well-being and development, as statistics can corroborate. Those who do want more than just the wave of a geopolitical flag are seeking resource wealth, a logic of extraction that largely benefits people elsewhere. She noted that rent in her city of residence, Iqaluit, is around $3,000 a month for a one-bedroom apartment and food costs are equally enormous.