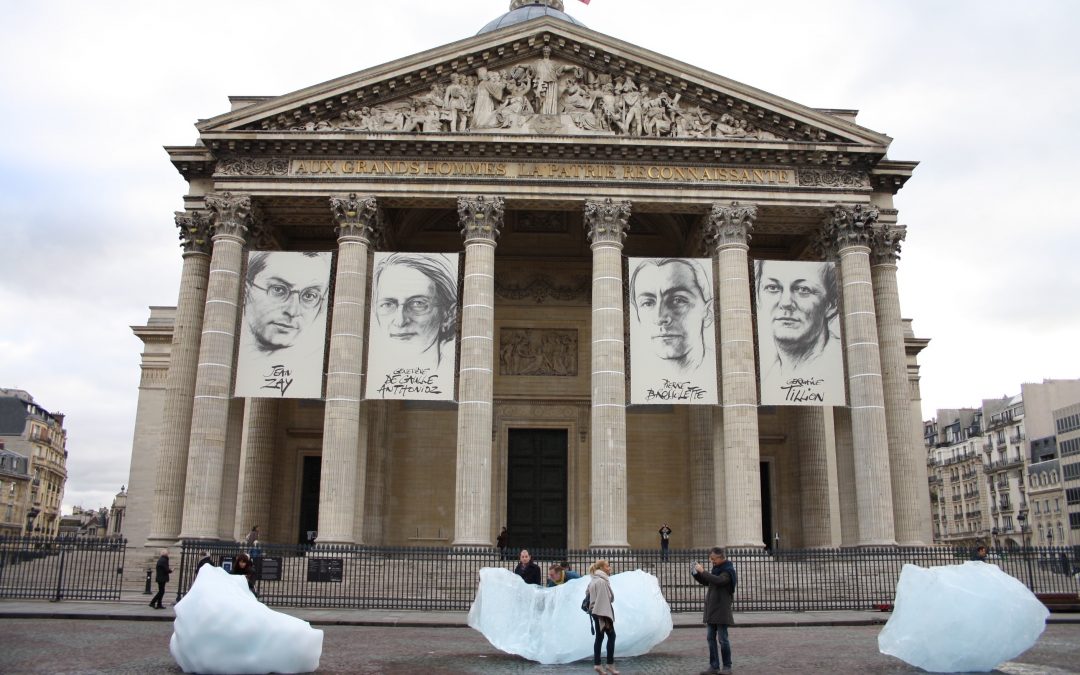 Beyond the usual suspects of environmental groups, students, and social justice organizers, COP21 has drawn unexpected players including actors, musicians, and artists.

Amongst the estimated 40,000 participants sits a stunning display of twelve large blocks of Arctic ice arranged in a clock shape in front of Paris’ iconic Pantheon, just five kilometres from the Eiffel Tower. Artists Olafur Eliasson and Minik Rosing have created Ice Watch, drawing on the symbolism of a melting and breaking Arctic ice shelf as a symbolic rallying cry for climate change. 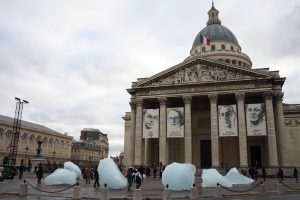 Ice Watch in front of the Pantheon, just five kilometres from the Eiffel Tower.

Ice Watch has been the talk of Paris, widely covered by the French and International press. The artists have taken the opportunity to inform the public, and explain their process. 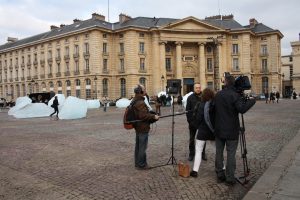 Having hauled the 80 tonnes of ice via refrigerated sea freighting from Greenland, the carbon footprint is equivalent to 30 return flights from Paris to Greenland, they state.

As for the Greenland ice sheet, fear not: the pieces were already separated. According to the artists, Greenland loses the equivalent of 1,000 such blocks of ice per second throughout the year.

With the clearly stated goal of mobilizing public action and awareness, Ice Watch is one of a series of large scale artworks that have been commissioned for display in prominent public spaces in the lead up and during COP 21 by various non-profits.

Artists 4 Paris Climate 2015, co-organizer alongside Bloomberg Philanthropies for the Ice Watch project, is auctioning other works such as Canadian Edward Burtynsky’s photography series entitled Water for climate-related charity. Burtynsky’s photographs are placed inside the COP 21 Le Bourget conference centre in order to draw attention to human impacts on water systems. 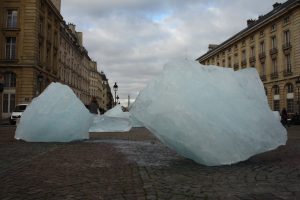 Some of the twelve blocks transported from Greenland. 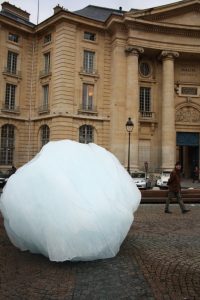 Ice Watch has drawn attention from COP 21 attendees and Parisians.