Getting indigenous voices heard at COP 21 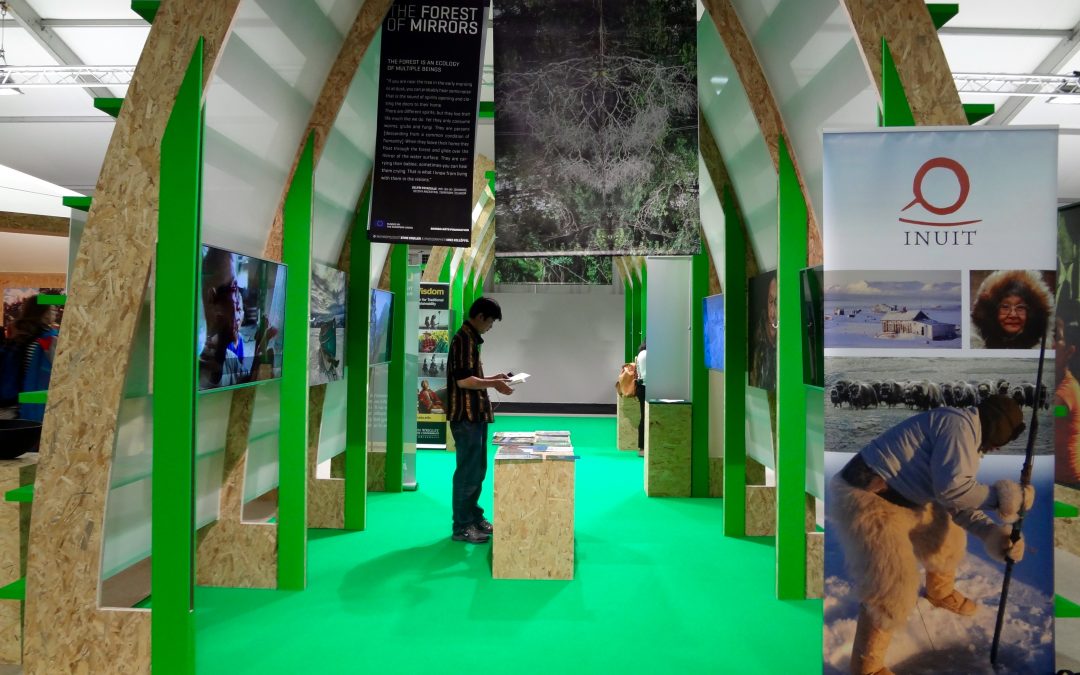 On Tuesday, the Indigenous Peoples’ Pavilion at COP 21 hosted its opening ceremony replete with dance, song and a vibrant fusion of traditional dress.

Much of the last remaining swaths of land “available” for economic and resource development rest on indigenous territories. Yet climate choking fossil-fuel based development continues to gobble up what is left, and at the Pavilion, indigenous leaders from around the world say they are unanimous in their refusal to resign their duty to protect their lands.

The Pavilion is situated in the Climate Generations Area, known as the Green Zone, directly adjacent to the official leader’s space, the UN Blue Zone. UNESCO, World Resources Institute, the World Wildlife Fund, Google platform climate-simulators, alternative agriculture demonstrations and art exhibits share the space alongside the Pavilion. It bustles with a cacophony of sound and heat; a vibrant answer to the stuffy formality of its state-led counterpart. 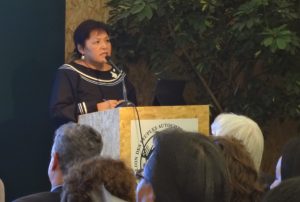 In her opening ceremony speech for the Pavilion, Inuit Circumpolar Council Chair Okalik Egeesiak affirmed the role the Arctic plays in sustaining global climate systems. Science shows that it is the melting polar ice caps and permafrost that will set of irreversible feedback loops of rising sea levels, shifting ocean currents, and increasing greenhouse gas emissions.

The unifying impulse was children and grandchildren.

According to Victoria Tauli-Corpuz, UN Special Rapporteur on the Rights of Indigenous Peoples, the status-quo economic development has at once contributed to climate change and deprived indigenous peoples of their rights to land, traditional knowledge, and culture. 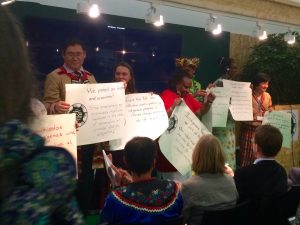 “Indigenous knowledge is an alternative to climate change,” reads one of the posters held up by an indigenous person that traveled to Paris for COP 21.

Climate change is increasingly discussed within a framework of human rights. The immediate and future impacts of climate change cut across all levels of human existence: cultural, spiritual, social, economic, and basic health.  It’s why climate change amounts to “environmental genocide” for those peoples dependent on the land for their survival.

Even the one degree of warming the earth already experiencing is dramatically altering the Arctic environment. The Inuit are witnessing and experiencing global impacts that many of us can only imagine. But, they’re not alone. Personal observations from islanders, agrarians, and fishers connected through thousands of years of traditional knowledge confirm their territories are changing dramatically.

Standing outside of the Pavilion, I spoke with Egeesiak who represents Inuit in Alaska, Canada, Greenland, and Russia. We discussed the success of the Indigenous Peoples’ Pavilion, acknowledging the unprecedented unification of all seven regions. The funding largely came from Norway and is managed by the United Nations Development Program.

She said the hard work occurs both in the hallways and in the pavilion space to raise collective and Arctic regional concerns, and to advocate for Indigenous voices to be heard.

Working alongside the Global Indigenous Steering Committee, the Canadian Chair of the ICC’s goal is clear: to ensure the language of indigenous rights be included in the COP 21 UNFCCC text that is under negotiation.

This seems like a straight-forward request, yet history shows otherwise. The first UN conference of indigenous peoples occurred in 1977, while the adoption of the UN declaration on the Rights of Indigenous Peoples was signed in 2007. It took thirty years, and still four nations refused to sign it. 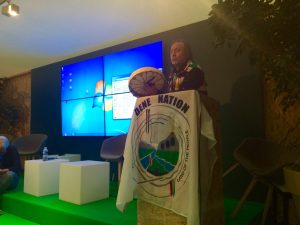 As Andrea Carmen, International Indian Treaty Council leader from the Yaqui Nation explained, though the UN declarations and treaty rights within national borders are significant and critical achievements, they continue to be violated.

The high energy event wrapped up with a drum song led by Dene Chief Bill Erasmus. Holding hands, leaders and citizens from all over the world sang a traditional song in honour of indigenous guardians of the planet.

“Take a stone in your hand and close your fist around it until it starts to beat, live, speak and move“

This is the wisdom of respect the Indigenous Pavilion seeks to impart. 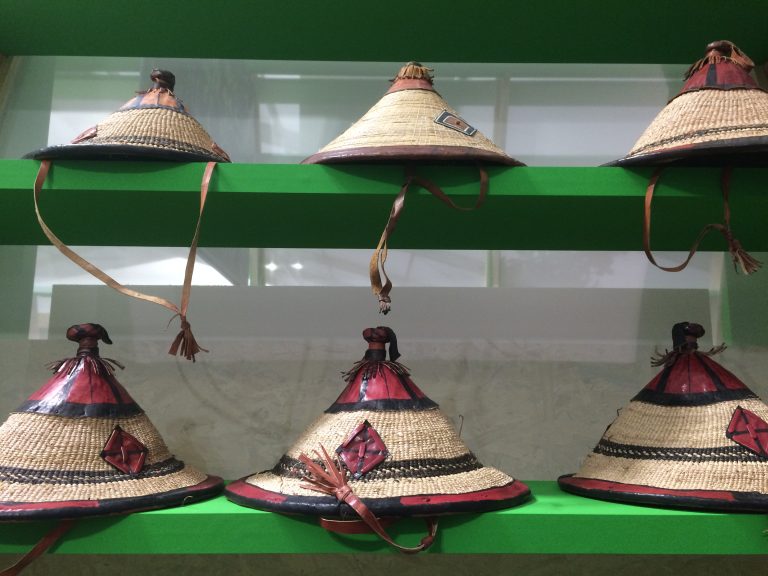