The first days of COP 21 in Paris 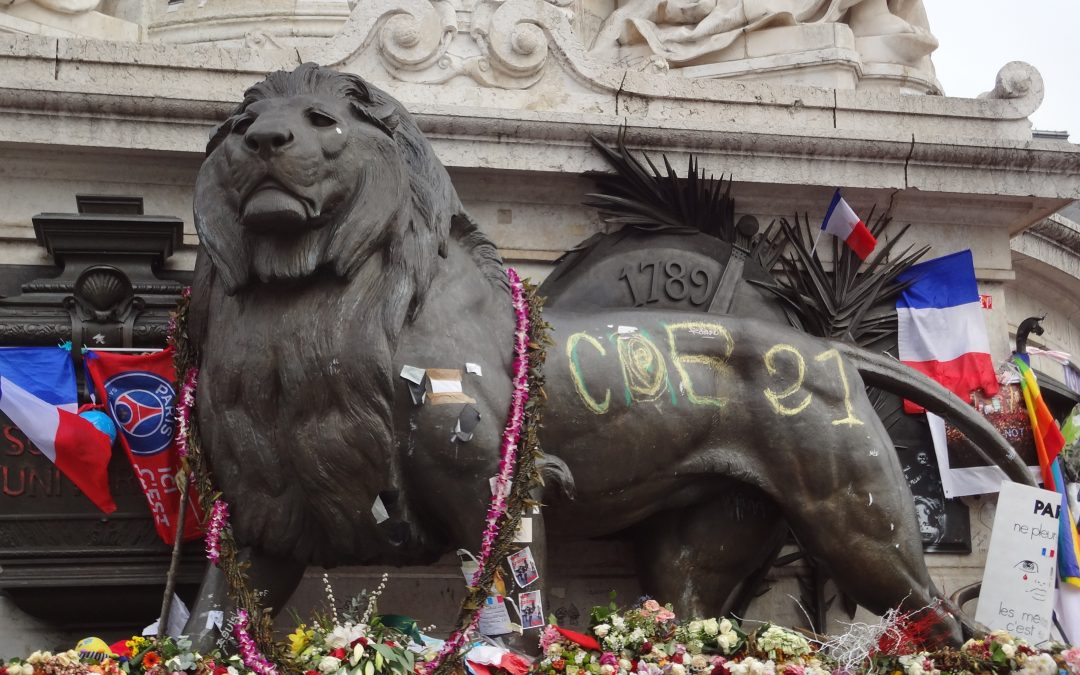 Thousands of delegates, citizens, scientists and activists have descended onto a city and country in a state of stifled turbulence for UNFCCC’s COP 21, the largest climate conference yet.

Tens of thousands of conference attendees flew into Paris on Saturday in advance of the conference start on Monday.  Sunday was billed as day zero and a day of civil action for climate allies and non-governmental groups. Early Sunday morning, thousands of empty shoes were placed around the Place de la Republique to march in the place of those who could not march for climate. 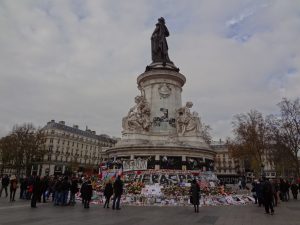 A few hours later, thousands of people gathered hands to form a chaine-humaine, a peaceful action marking a fair compromise in response to the ban on marches. Both peaceful actions were sanctioned by the police force in Paris, and the energy was family-friendly, positive, and fun. There were songs and costumes. It was a gesture of respect between two conflicting realities: the understandable cancellation of organized marches due to insecurity, and a recognition that the voices of people must be heard.

As was widely covered, a very small group of extremists left the agreed-upon zone of the sidewalk and created a violent stand-off with police. These actions were unrelated and not sanctioned, as was made clear by Alternatiba, the Coalition Climat 21 and Avaaz organizers of the peaceful direct action.

With civil-action and protest central to the French identity, the question of how these non-state actors will proceed with their planned manifestations is of general concern.

As Jennifer Allan, a researcher on social movements and climate change at UBC explained, no restriction of crowds can dispel the feelings of frustration and unrest that come from over 20 years of climate inaction.

Civil-society groups, a broad range of environment, human rights, and other non-profit organizations, is a counter-weight to pressure both transparency and accountability during the closed-door UN negotiations. A stronger presence and access through observer status of civil-society was a main reason COP 21 has been described as a celebrated break from the past.  COP15 in Copenhagen, the last conference with high expectations that resulted in very little, locked many voices out of the negotiating room. 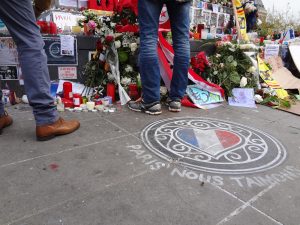 But these are not ordinary times in France. The nation is oscillating from its former self, one highly critical of U.S. reactivity post 9-11, to grappling with own complex fears around how to cope with home-grown terrorism. There are 120,000 extra police, gendarmes, and military across France in preparation for regional elections next week, in the middle of COP21. Mandatory military service has re-entered the political debate, and there is talk of extending the state of emergency. 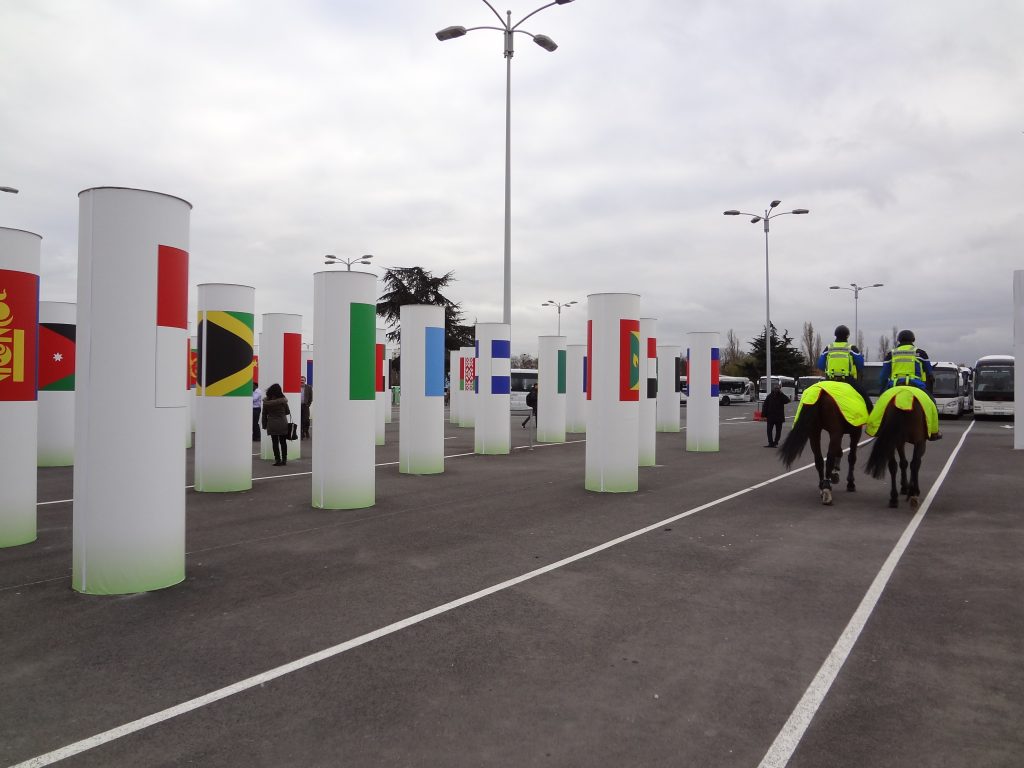 Police on patrol at Le Bourget, the UN site in Paris.

Lauren Kaljur, a graduate student at the UBC School of Journalism and Research Assistant for Arctic Journalism is in Paris for COP 21.